Leaving the paralyzed elder staked to the bed behind them, the coterie rushed to the bedchamber door and out into the hallway. Domianus, their guide, was gone. As they began descending the stairway, the sounds of breaking glass and cries of distress emerged from the doorway.

The first floor of the bordello was awash in chaos. The hallways were filled with billowing smoke flowing like a snake along the ceiling. The hysterical mortals choked the doorways and halls, madly running, screaming, shoving, and trampling one another. Silhouettes of frantic men and women disappeared and reappeared as the coterie rushed to find an exit, always avoiding the passages flickering with a terrible red-orange glow.

After turning a corner, the coterie came upon a hallway leading to the building’s open front door. The sun’s hateful rays poured through the portal and into a small foyer where Domianus was confronted by two men carrying swords and dressed all in black with a white cross emblazoned across their doublets.

From what the coterie could make out, it was very clear that these men had set fire to the building and that Domianus had expected the fire to kill both Kari’ansika and his Cainite catspaws. What Domianus didn’t expect was that the witch-hunting swordsmen would also consider him a monster in need of cleansing. Apparently, Domianus’ master had thought the ghoul had outlived his usefulness. As he begged and plead, the swordsmen cut Domianus down.

With the only way to the tunnel through which they’d infiltrated the building earlier that morning blocked off by the sunlight pouring through the front door, the coterie retreated to the basement without being seen by the witch hunters. Utilizing her heightened senses, Genevieve was able to locate an entrance to the sewers from the basement. The coterie escaped into the sewers just as the basement ceiling began to collapse in flame. They made their rest in a nearby cistern. 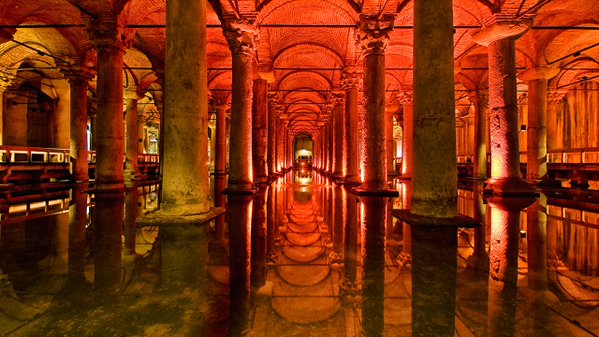