Theodosius’ sudden awakening was very unpleasant for the two monks who were loading his nearly blood-dry carcass onto a stretcher for disposal. In short, the two unarmed mortals were no match for the frenzied, slavering, blood-starved sanguisuge who ripped them to pieces in mere moments. After slaking his terrible thirst, Theo released his fellow prisoners whom he revived with the monk’s remaining blood.

The four exhausted Cainites navigated St. Gesu’s winding catacombs until they finally found themselves at Heroch’s quarters. Furious, they assaulted the elderly abbot, quickly subdued him, and barred the door against the alerted monks rushing to his rescue. After coercing Heroch to reveal a hidden tunnel nearby, the coterie escaped with the concussed, unconscious abbot as a hostage. 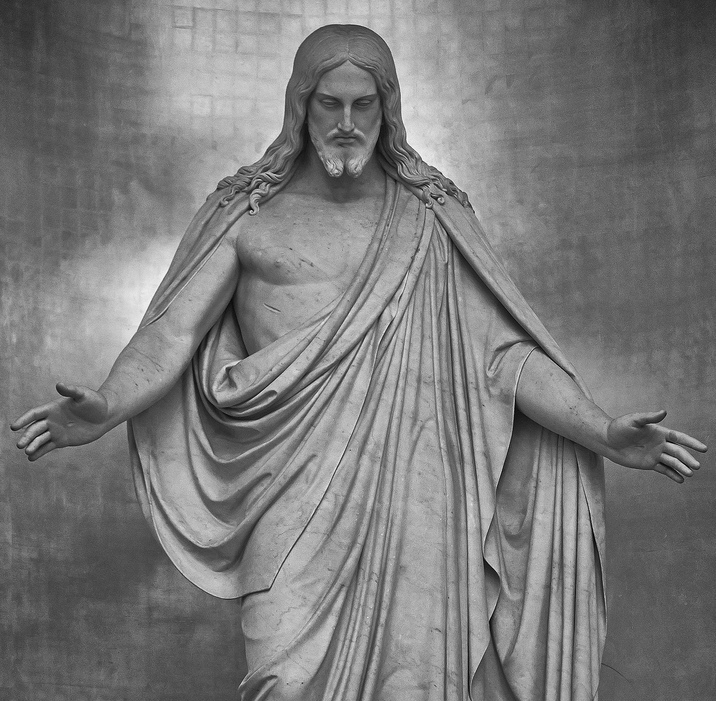 The passage led out of the monastery to a small rose garden surrounding an imposing statue of red-veined black marble. It depicted a tall man in long robes with hauntingly beautiful features and a lean, nearly emaciated physique. Though nothing as mundane as a placard identified the mysterious figure, the coterie deduced it must depict the monastery’s patron St. Gesu.

The statue’s hands were open in a gesture of humble invitation, and his legs extended down into the bare, snow-covered rose bushes at his feet. It was there that Rodrigo discovered a little cloth bundle, nestled in among the thorns. Inside, he discovered the frozen body of an infant. Convinced this was some dark ritual that granted the monastery’s children the blood, the coterie fled into the forest to find shelter before the sun rose on the horizon.