The Road to Byzantium 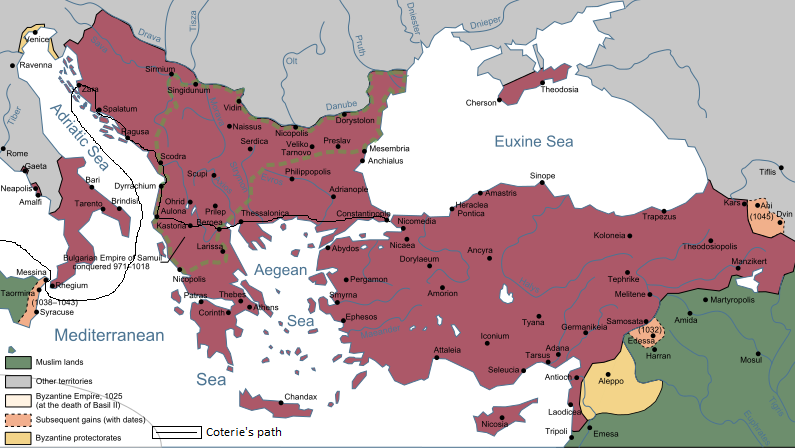 The next night, the four beleaguered Cainites drained Abbot Heroch of what pitiful life remained in him and began a harrowing journey from the snow-peaked mountains of Croatia to the gilded city of Byzantium, crossroads of the known world. The road was cold and dark, like a slab of stone resting heavily upon a tomb. They passed over churning rivers and mountains rumbling with thunder, and stalked through slumbering villages and hoary forests stirred by their driving hunger… and above it all, the pitiless black sky gazed down from above like the distaining dark eye of an onyx, pagan idol.

The distinctness of time receded, blurring together amidst the nightly struggle to reach that fabled city of God and gold. Each member of the coterie became as familiar with one another as with the resonance of the cricket song carried on the spring winds. At times, they laughed together or gravely discussed God and his great cosmic plan, a mystery often obscured by the urgency of life in the world, but occasionally made so clear it pangs as when one gazes upon the holiest works of art. At others, they frustrated one another with stubbornness, rankled at differences of faith, and blamed one another for the various difficulties experienced on the road. Sometimes though, alone and safe from the day in some roadside sanctuary, each Cainite wept for those he’d lost, those he’d pushed away, and of course, shamefully yet most poignantly, for himself.

As the Balkans gave way to the rolling hills of Macedonia and Thrace, the coterie gained a new vigor as they joined with the Egnatian Way, a maintained flagstone road, and their destination grew near. The road approached Hebdomon, a suburban sprawl of one room farmhouses with small cultivated fields, orchards, and small groves of trees. In the distance, the nighttime torch fires of Byzantium blazed, reflecting off the surrounding blackness of the Marmara Sea like a jewel or a star in the sable cloak of sky.

Outside Hebdomon, the travelers came upon a crossroads with a gallows and four cages hung from wooden posts. While three cages contained human remains in varying states of decomposition, one held a ragged looking man who identified himself as Paulidis. In exchange for water, Paulidis described the situation currently besetting the great city.

According to the rogue, he was an Anatolian levied at the behest of Emperor Romanos IV Diogenes to bring battle to Alp Arslan of the Seljuk Turks. His unit of hastily trained peasants was to provide support to the mercenaries and professional Byzantine army. The Emperor led his army across Anatolia towards the Seljuk fortress of Manzikert. Greedily, Diogenes split his army prior to reaching Manzikert, and when his half of the army came to blows with the Turks, the battle quickly degenerated. 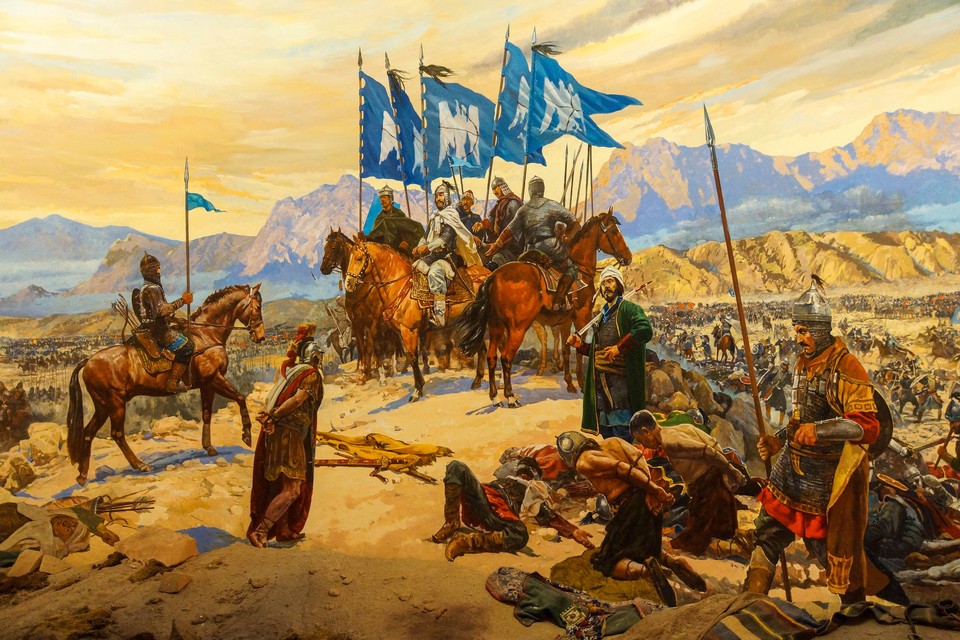 John Ducas, a Greek general and rival to the throne, refused to commit his troops, instead sounding a full retreat. Inevitably, what remained of the Byzantine levies routed and the conflict ended in defeat. Adding insult to injury, Paulidis heard rumors that Emperor Romanos IV had been captured during the battle by Turkish forces.

Furthermore, Paulidis informed the coterie that the cities walls had been closed to all refuges. Instead of being offered succor, the refugees were being petitioned off in internment camps outside the suburb of Hebdomon. He’d escaped the camps himself, but had been caught stealing his dinner from a baker’s shop. Thus, he explained his captivity.

Recognizing the significance of the rogue’s tale, Theo offered to release the miscreant in exchange for his service. After some coercion, Paulidis agreed, and became Theo’s ghoul. The coterie separated from the hapless refugee and continued through Hebdomon towards Jucendiae Palace, a haven and retreat for Malachite, Theo’s sire and the city’s lone Nosferatu.