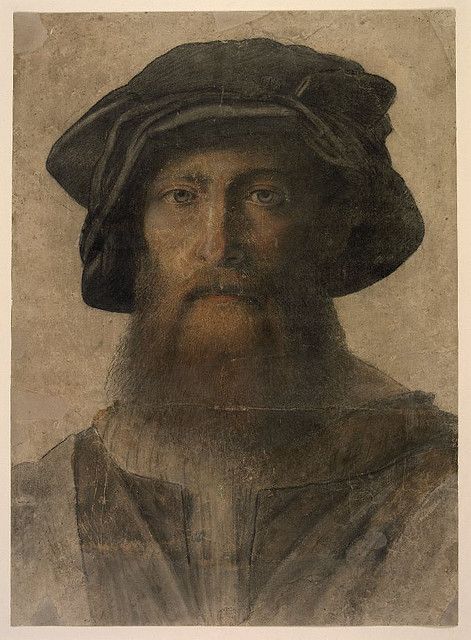 The coterie found Damianus, a broad shouldered but well-dressed Macedonian, waiting not far from the Marble Tower in the Industrial District. Refusing to answer any questions regarding the nature of their meeting or what they were intended to undertake until reaching a secure location, the contact led them to a small boat. Only once they were upon the water did the ghoul contact explain Lady Septima’s request: discipline a serpent who had slithered her way into the Garden.

According to Damianus, a Settite going by the name of Kari’ansika had been holding a blood feast every night for the last month. Naturally, the river of vitae and unceasing necessity for new vessels had begun drawing unwanted attention from mortal authorities, putting all the cities Cainites at risk during a time when inquisition would be most inconvenient. It was the Lady’s will that the she-serpent be brought to justice to send a message to all those who would use the city’s imbalance as an opportunity to defy the Codex of Legacies. Kari’ansika was to be humiliated, and the coterie was to be the instrument through which Septima would achieve her vengeance.

With Damianus as their guide, the coterie docked at Kontoskalion Harbor and traveled down the Makros Embolos before splitting off into the dingy, refuse-choked slums and alleyways a few blocks before reaching the Mese and Tetrapylon.

Eventually, the group was brought to a small, broken-down plaza at the dead end of an alley. Damianus pointed out the snake’s den, a decrepit, faceless two-story building with a single, large red door on the far side of the square. Rather than approach it however, he ducked into a nearby, abandoned building. Inside, piles of wooden boards and thick woolen cloth lay on the floor, and Domianus immediately began covering the windows. When questioned, their guide explained that the deed was to be held off until the sun had risen and the ancient serpent was at her day’s rest in the building with the red door. 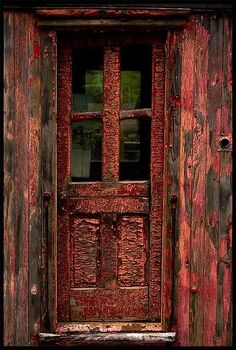 Tired of being left in the dark, the four Cainites surrounded the ghoul and in no uncertain terms expressed their desire for transparency. Unruffled, the Domianus nevertheless accented to their request and explained the plan. An hour after dawn, he would guide the coterie in through a hollow wall the buildings shared with one another. Once inside, he would guide them through the bordello to the second floor vault where Kari’ansika would find her rest. Once inside, they would seek her out – knowing her by her unearthly beauty and her hair, which would be dyed with henna to be a bright, bloody red. Finally, they would stake her as she slept, leaving her to contemplate her humiliation and vulnerability before presumably being found by a servant. Disturbed but sated for the moment, the four would-be assassins settled in to fight the exhausting weight of ages that always came as dawn broke across the sky.

When the time came, things went unnervingly well. Domianus guided them into the building and up to the second floor without encountering or even observing a single guard. That, however, is not to say the house was inactive. Despite the dilapidated exterior, the building’s interior could’ve competed with even the most grandiose of the City’s brothels – if only catering to less savory tastes. Prostitutes, musicians, and drunken patrons lounged half-clothed in side rooms filled with pillows and hashish smoke billowing from intricate brass hookahs, but none paid the pale newcomers any mind.

Producing the key to the heavy, iron-banded oaken door, the ghoul quickly enabled access to the second story of the building where Kari’ansika was predicted to be havening. Just as they stepped inside however, the sound of a deep male voice could be heard from a nearby hallway.

“No one was supposed to be here,” Domianus hissed as the five intruders hid in a darkened washroom.

Outside the speaker came into view, a large, barrel-chested man costumed as an Egyptian soldier and carrying a crook and net. Beside him, a second, slightly shorter man in similar costume carried a burlap sack w/ something squirming at the bottom.

As the two passed, oblivious to the trespassers listening in on the conversation, it became clear they were in the Lady of the House’s employ, and that they were capturing serpents that had been released throughout the building during the festivities the night before. Just before going out of earshot, the first mentioned his desire to free himself of his uncomfortable costume and back into something less patronizing. Once the two were gone, Domianus described the way to where he believed the Lady slept and declared that he would be awaiting their return by the oaken door to redirect any other possible interlopers.

It wasn’t long before the coterie found the Lady’s chambers. A large bed, curtained with sheer linen dominated the center of the opulent boudoir. Not far away, on the dark leather cushions of a broad loveseat, a python of magnificent size worked its meal, a young, half-dressed boy of the brothel, further into its stretching, pulsating jaws.

On the bed lay a queen of ice and snow, a goddess of elemental beauty with the perfect blue-white complexion of death. Her fine hair, dyed bright red with henna, contrasted with her fairness like fire, and despite the oblivion of torpor, a pained expression marred her youthful countenance. To look upon her was like experiencing the angelic visions of the saints and prophets. The coterie stood over her like statues, frozen by the power of her very presence.
-
Stirred by something more than awe, Rodrigo, stake in hand, drew back the coverlet. Her naked, sleeping form was something he could never possess. It was as if eternity were being revealed – an eternity from which he was denied. He would never know intimacy again. Only violence. To touch her as she slept would be nothing more than feeding on kine – taking that which was not freely given. His lust roiled, a cruel mockery of love, but it was all he had. All he’d ever have. A desperate ache wrapped around the emptiness in his chest and took hold there, like a squawking buzzard clinging to the craggy outcroppings of a cliff-face, and came to rest beside the Beast. Daniel and the lion.

When Rodrigo reached out, his fingers quivering inches from her delicate lips, he noticed the reflection in the mirrored headboard. The fantasy vanished. On the unflinching face of the mirror, reality was plain to see: a dark, looming, disjointed figure reflected in the shadows of the room. A grotesque, bent monster. In the mirror, he watched as his own face warp into an expression horror. Inside, Rodrigo felt the Beast howl, a sound like the thundering hooves of a pale horse beating down the road of his heart.
-
Geneviéve watched as Rodrigo and Theo hesitated, standing like the statues in Cluny’s garden. Realizing the dire portents of the elder Settite’s power on herself and her companions, even from torpor, she called on all her reserves of hurt to fight off the spell with the knife’s edge of reality. The slow, painful death of her husband. The loss of their home. The indignities and humiliation her callers subjected her to. The pogroms. And suddenly, she broke free.

Instead of a woman, Geneviéve saw the creature before her for what it was: a brute descended of the same reviled race who’d enslaved her people on the banks of the Nile. Suddenly, she remembered a verse of the Seder: “You shall tell your child on that day saying, ‘It is because of what the LORD did for me when I came out of Egypt.’” Grabbing the stake out of Rodrigo’s shuddering fist, Geneviéve plunged it deep into the serpent’s breast.
-
Like a hurricane, the room suddenly erupted in violent movement. Cold, dark blood spurted out of Kari’ansika’s chest and across Geneviéve’s arms, face, and neck. It spewed from her mouth onto the sheer, white Egyptian cotton sheets as the elder Settite’s face contorted into a horrific mask of betrayal, fear, and fury.

Rocked from his trance, Rodrigo looked at the limp, bleeding form on the bed. Her eyes, like emeralds, gazed up at him, and for an instant her expression seemed to plead softly. Like a whisper, he heard her voice in his mind. “Please.” Mercy, however, was not forthcoming.

Humiliated and enraged at falling prey to her power and surrounded by the pungent smell of blood, Rodrigo’s Beast shattered its cage. Drawing his dagger, he drove it into her flesh again and again until her throat was nothing more than ragged strands of tendon and exposed bone. Satisfied, the Beast subsided.

That is when the coterie noticed the faint smell of smoke…