Pragmatic and Machiavellian, the Antonian Basileus is as powerful as a Cainite can be in Constantinople without being among the original Triumvirate.

Appearing to be in his early forties, Caius’ dark eyes speak volumes of the blood he has spilled and the grim calcification of a love forever lost. Unlike many elders who appear aloof, Caius is startlingly present, like a judge listening to testimony. Those neonates who feel is gaze often remark of its intensity, its graveness, and their potent desire to shrink from it. The basileus wears his hair short, and is often seen robed in royal purple, emphasizing his imperious demeanor and tall, muscular frame. Regardless, there is no mistaking the weight of years and duty resting on his shoulders, assailing his every gesture.

According to rumor, Caius was both lieutenant and enforcer to Constantine the Great, supposedly executing the Emperor’s own firstborn when the boy became a threat. While such stories may be purely an invention, it is known that Caius was embraced for his predatory efficiency and fierce loyalty.

For many years, Caius served Antonius, but as history seems to reveal, Antonius did not inspire his childe’s loyalty, merely his predatory efficiency. The disorder created by the Iconoclast crisis highlighted this aspect of Caius’ personality. Antonius was determined to destroy the Dracon’s power even if it meant the end of the Dream, and in the face of such ambition, Caius garnered support to eliminate his sire. Septima Dominica, Antonius’ estranged childe, was the first to join him, and the two quickly gathered other conspirators.

In the Fourth Council of A.D. 796, the “traitors” as many call them presented their plan to Michael and the Dracon. After three long nights of deliberation, the Patriarch agreed to the murder of his former lover. Two nights later, Caius staked his sire during a council meeting and left him for the dawn. He then assumed the throne of Ventrue Basileus.

It’s said Caius expected to take Antonius’ place at Michael’s side, but the Patriarch didn’t return the affection as he was too overcome by the horror of their mutual crime. Seemingly, the Basileus never recovered from this rejection. Over the last three centuries Caius became intimate with Lady Septima, his sister in the blood, to quench the grief in his heart. Even that relationship was taken from him however, when she was killed in an arson attack on September 11, A.D. 1071. As yet, the Basileus has maintained his stoicism and his authority. 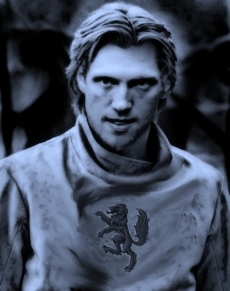