Daughter of Lilith, slave to none.

Captured in death at the age of nineteen, Genevieve has the soft attributes of youth, not yet spoiled by age or hardship. She stands at a modest 5’3", and holds a slender frame. She has thick, dark brown hair, falling to the middle of her back, and brown eyes encompassed by purple tinged just circles beneath her skin. She is pallid, but quite not deathlike, as found in her Cappadocian cousins. She is often found in the black robes of the Christian clergy, but ensures that her head is uncovered, as her fealty does not truly lie with the Christian religion. Genevieve has a naturally inquisitive nature, and spends a great deal of time studying the mysteries surrounding life and death.

Genevieve d’Aubigny was born to Donatien and Celeste d’Aubigny, a poor farming family near Cluny, France, and was the eldest of four daughters. Once old enough, Genevieve began accompanying her father to the local market in an attempt to sell what few crops their small farm had yielded. It was there that Genevieve met Henri du Lac, with whom she became enraptured. Henri’s family were merchants, and slightly wealthier than the d’Aubignys, but Henri was the middle child out of seven and had little claim to his family’s estate. Genevieve eventually convinced Donatien to allow her to go into town alone, persuading him that she may be able to yield a bigger profit if she appeared to be a poor orphan; however, her true motive was to spend time with Henri. They began meeting in secret as often as possible, sneaking out of their homes, going to market early, and staying there late. However, it was soon discovered that their love could not flourish, as Genevieve was of Jewish descent and Henri was Christian. They knew their families would never approve. Rather than losing one another, Henri gathered as much currency as he could carry, and the two eloped, financially persuading the local constable to marry them. Both families were distraught and disowned the young lovers.

Henri and Genevieve du Lac then moved into town and opened their own stand at the market. They were able to secure a small home and began planning for a family. However, Henri soon fell ill, his health consumed by a plague sweeping through the countryside. Genevieve attempted to nurse Henri into health, but it was to no avail. She stayed at his side, night and day, and watched the only man she had ever loved slowly and painfully deteriorate as death took hold of him. When Henri died, she wrote to his family, but received no return correspondence. Genevieve sold their remaining goods and their home to provide Henri with a proper Christian burial. She visited his grave every day, spending hours lying on his burial mound, sobbing out of anger and loneliness.

Now destitute, with no friend or family to care for her, Genevieve attempted to make a living for herself selling flowers in the streets, but realized this did not provide enough to live off of. She was eventually approached by a wealthy looking man, Reinauld Beaumont, who promised to provide her with a roof, a bed, and food, if she would work for him. Genevieve had no inkling as to what was being asked, but desperate, hungry, and depressed, she quickly agreed. She immediately left with Reinauld and was led to the slums of town, thrown into a large room in the house and locked in. As she looked around the room, terrified, she saw a dozen other women, naked, filthy, sick, and brutally beaten, lying on mattresses all about her. Genevieve du Lac then began her life as a prostitute.

After approximately one year, Genevieve knew she could no longer live this way. Several times per week she was raped by Reinauld’s “customers,” never receiving any payment or words of comfort. If she so much as spoke, she was immediately beaten by Reinauld. She and the other women were provided stale bread and flat ale once every other day and never permitted to leave the premises. As much as possible, Genevieve would sneak out and make her way to Henri’s grave, often staying there until dawn before returning to Reinauld’s house. One night while at Henri’s grave, as Genevieve was contemplating how to take her life and if she could be laid near her husband, when she heard a soft, sweet, gentle voice calling out her name. She was approached by a tall, slender woman, who identified herself as Odette d’Artagnan. Genevieve was captivated by Odette’s fine clothes, her soft, unblemished and pale skin, her perfectly formed scarlet lips, and the lavender scent that wafted from her, but most of all, by her kindness. They met each night and quickly became companions, comforting one another in the graveyard. Odette, as it happened, had lost her husband and children, who were evermore resting in the mausoleum nearby. Genevieve told Odette of her life story, starting as a daughter,then becoming a wife, then a widow, and finally, a whore. Odette was aggrieved by Genevieve’s circumstances, and advised that she knew of a way out, if Genevieve was willing. Over the next several months, Odette explained to Genevieve that she was what same may call a deamon or fiend, but what she called a Servant of Lillith and a Priestess of Lamia. She explained to Genevieve that she had a choice: continue to be a victim of fate, or control her future, rising to confront her circumstances and being reborn stronger. Odette explained to Genevieve the cost of this service she would provide: Genevieve’s life. She was never again to watch the sun rise, but ever to dwell in the darkness of Lilith’s love. Genevieve eagerly agreed, and the date was set for a fortnight.

On the night of Genevieve’s change, she faced Reinauld’s brutish nature for the last time. She began to defy his every command, leading him to assault her. In a fit of passion, Genevieve grabbed a nearby broken bedpost, and stabbed Reinauld through the heart. She watched the blood pour out of him as life left his eyes. She then disappeared into the welcoming darkness and found Odette at Henri’s grave. The two left together for Odette’s haven, the Monastery of Cluney.

Genevieve awoke lying down in a cold enclosed space. Confused and afraid, she began beating the hard, porous surface in front of her. She attempted to turn, and found that she was lying on top of a corpse. She began screaming and crying, calling out for Odette, for Henri, for God HImself to save her, but was greeted by only resounding silence for several days. As tears streamed down her cheeks and into her mouth, Genevieve tasted blood. Once swallowed, a gnawing, burning hunger arose in her, causing her to scream louder and pound at the surface in front of her with all her strength. To her surprise, she heard a small crack in the surface, then Odette’s sweet voice, telling her to calm herself, as she was now ready. The lid of the sarcophagus was pushed aside, and a slender silhouette formed above her, alighted by the dim candles nearby. Again afraid, Genevieve recoiled at the cold hands that reached out for her, but relaxed at the lavender scent that permeated from the robes of the silhouette. Odette assisted Genevieve as she crawled out out of the sarcophagus, and told her it was time to begin their training.

For the next six decades, Odette taught Genevieve how to be martially proficient, how to read and write in Latin and in French, and schooled her in the lore and teachings of the cult of the Lamiae, the daughters of the Dark Mother Lilith. Genevieve was also taught in the matters of death by her fellow companions in the monastery, the monks Estien and Gaurin, and the incredibly aged Abbot Maieul. As a Lamian guard, Genevieve was given Estien and Gaurin as wards and told to protect them at all costs. She soon came to love these corpselike Cappadocians, the very masks of death itself, who now made up her family. Genevieve took on the persona of Sister Genevieve of Cluney, a nun of the Christian faith, to all outsiders. Genevieve cared little for the dead god upon his cross, but avowed that she would do and say whatever was necessary to never again be a victim. 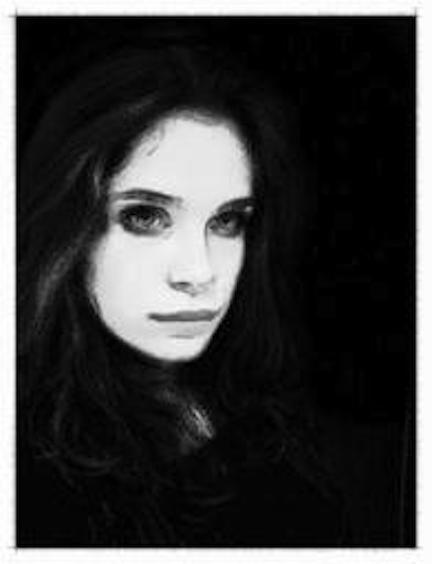