This Bythynian peasant turned soldier is known for his cleverness and sliver tongue, and his tenure as a ghoul of Archon Theodosius has granted him an officers position in the city guard.

This Greek rascal is known for his roguish smile and uncanny ability to talk his way out of nearly any precarious situation. Unfortunately, this seeming asset is mitigated by the fact that he’s also known for his ability to create precarious situations. Standing about 6’ tall, and with long, straight dark hair, he has is a scourge to many a father with daughters of marrying age.

The son of a weaver of Heraclea, a city on the Black Sea in north eastern Anatolia, Paulidis fell in love with the Praetor’s (mayor’s) daughter Irene. The two always met in secret, but Irene always insisted that they be married before any consummation. Despite Paulidis best efforts, Irene stuck by her declaration, so he did the only sensible thing he could think of; he proposed to her. Knowing full well the union would not be accepted by her father, Irene organized a secret wedding in a small village on the outskirts of the city.

A week before the scheduled ceremony, Irene suddenly stopped showing up at their meeting places. Deducing that the Praetor had discovered their affair, Paulidis hatched a plan. He snuck into the Praetor’s mansion, and stole his way up to Irene’s bedroom, but when he arrived, he found his lover in bed with another man. Cuckolded and infuriated, Paulidis rushed into the room, grabbed the cast iron poker next to the fireplace, and bludgeoned the adulterous stranger into the afterlife. The man hardly struggled, and in mere moments, the bed was transformed into a mess of blood and slurry. When the fog of rage left him, Paulidis fled, the sound of Irene’s wails chasing him into the night.

Knowing a rope would be waiting for him should he be caught, Paulidis conscripted with the Hetaireia, a corps of bodyguards composed chiefly of foreigners, whereupon he was assigned a post on the eastern shore of Constantinople. There, the fugitive turned soldier met a Genoan and fellow soldier named Duccio. As it turned out, Duccio had been quite the smuggler in his home city, and it was precisely this iniquitous proclivity that had resulted in his exile to the Great City. It wasn’t long before the two began a partnership trafficking contraband to and from the military unit including but not limited to women and prohibited intoxicants. Most significantly however, the two rogues ran a message service to facilitate their operation.

It was due to this service that Paulidis caught wind of a Turkish plot to assassinate several of the Hetaireia’s officers. Heedless of Duccio’s advice to the contrary, Paulidis informed his unit’s Chiliarch, a man by the name of Lascaris, and helped to plan the Turk’s capture. Paulidis was recognized for his valor and was promoted into Lascaris’ personal guard as a reward.

Less than a year later, the Hetaireia was sent alongside Emperor Romanos IV Diogenes to fight the Seljuk Turks under the command of Roussel de Bailleul. Unfortunately for the Emperor, Bailleul retired all the forces under his command from the field, leaving the Romanos with only a quarter of his forces. Upon hearing of the carnage at Manzikert, Paulidis deserted, fleeing back to Byzantium. It wasn’t long after his arrival in the suburbs of the city that he was arrested for assault, theft, and conspiracy (he claims he was hungry and robbed a bakery to feed himself).

It was in his cage at the crossroads outside Hebdomon that he and Theodosius Konstephanos met. Theo agreed to release the convict in exchange for his service. Without understanding, Paulidis agreed and was made a ghoul in short order.

Though less unruly than he was before the blood bond, Paulidis has remained reticent to spend any more time around his domitor than he must. He is more than willing to serve his master, but clearly has a strong impulse to make a place for himself among the wealthier mercenaries in Michael’s great city. 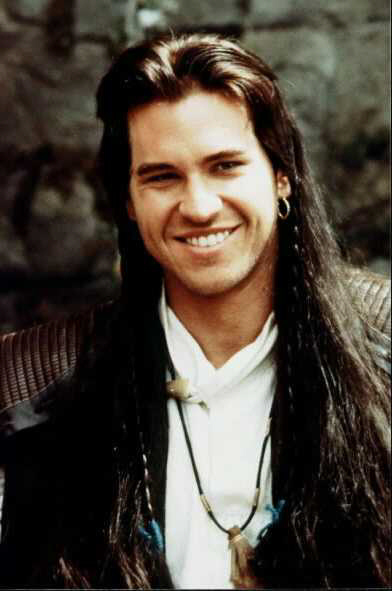