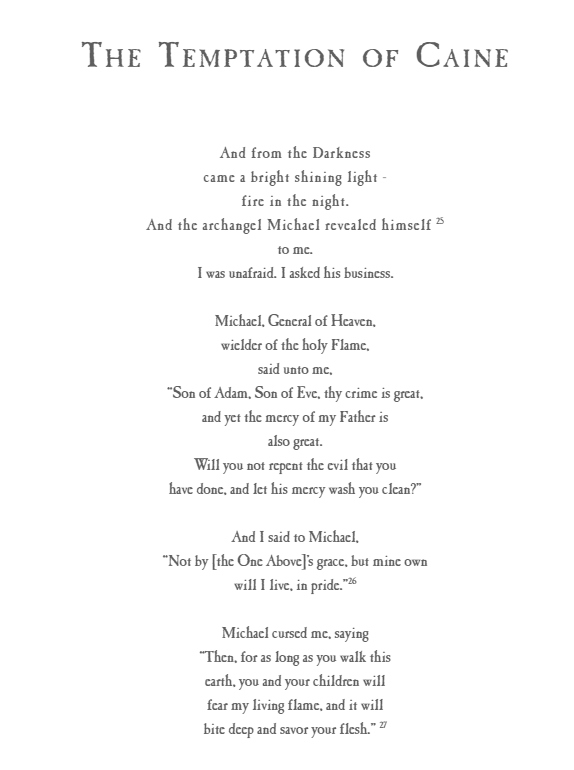 After recovering a fragment of an ancient Greek manuscript from the site of a ravaged merchant’s caravan, Vasco Ordonez and his childe Rodrigo de Pelayo recognized the scroll could potentially originate from the legendry Book of Nod. The pair of Nosferatu began investigating the scroll, tracing the route of the caravan back to the Abbey of Cluney near Marseille in the kingdom of Toulouse. Unwilling to let the trail die there, Vasco sent a missive to his acquaintance Abbot Maieul of Cluney, a Cappadocian responsible for the expulsion of the Fraxinet Saracens from Toulouse at the hands of the lords of Provence, and requested information on the mysterious scroll fragment in exchange for certain services only a Nosferatu could provide.

When the Abbot’s response arrived, disclosing the fragment’s passage to Cluney from a small Orthodox monastery near the Croatian port city of Zara, the two Nosferatu prepared to journey to the abbey. When the time came to depart however, Vasco was nowhere to be found. Concerned, Rodrigo searched him out and discovered his sire on the verge of final death in a secret haven. Vasco had been poisoned, and his symptoms corresponded with those of a virulent substance rumored to be utilized by the dreaded Nictuku. A cynic of the Nictuku myth, Rodrigo determined that only a fellow Nosferatu could use such a poison but also know to exploit its implications. With Vasco’s dying breath still clinging to him, Rodrigo smuggled himself out of the city with the hidden Nod fragment on a ship destined for the bustling ports of Marseille. 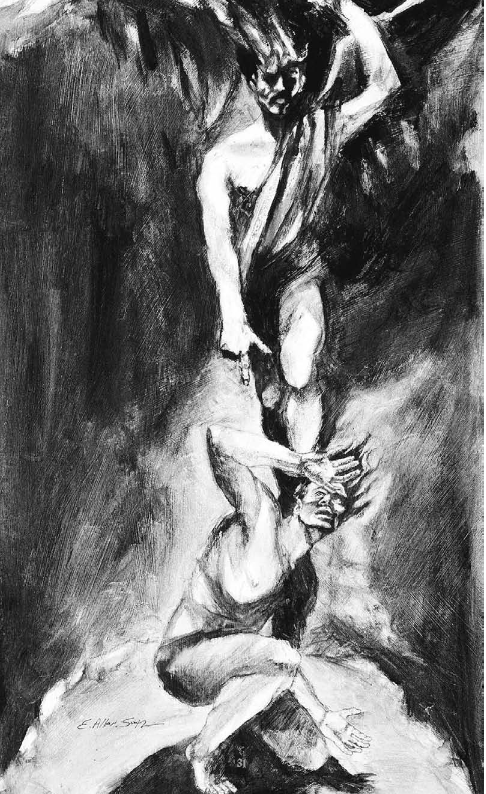 But all was not well in the abbey either. Not long after Abbot Maieul sent his response to Vasco, a similar poisoning claimed the life of Brother Estienne, beloved childe of the Abbot and ward of Prioress Odette and Sister Geneviéve, the monastery’s Lamia guardians. Upon discovering the toxin’s Nosferatu origins, Maieul quietly began preparing to take vengeance on the local lepers.

Needless to say, it was quite a surprise to the Cappadocians of Cluney when a lone, Lisboetan Nosferatu arrived at the monastery’s gates requesting an audience with the Abbot. Curious, Maieul agreed to allow the neonate entrance and hospitality… so long as he provided some insight into the motives and means of the leper assassin.

The meeting went long into the night, and as the Cappadocians and lone Nosferatu compared notes, the clearer it became that the murders were connected to the trail of the Nod fragment. Acknowledging the improbability of Rodrigo’s guilt in the matter and his equal right to vengeance, Maieul dictated that Rodrigo was free to pursue his quarry, but only if he conceded to be accompanied by Sister Geneviève and his childe Brother Gaurin of Cluny.

The trio of Cainites departed Marseille on the Plutonova Exo, a Dalmatian galley destined for Zara.